skip to main | skip to sidebar

About that chicken shit goal: Skate or die

Awhile back I wrote a piece for Ripples, the Senior Center literary zine. It was a bit of creative nonfiction that included an amalgam of flashbacks on me carrying the puck in the offensive zone and scoring a lucky goal, only to realize that the defense had deliberately backed-off to give me a chance. Talk about flashbacks...

Friday night I was playing in a Wonder League game at the Kettering Recreation Center. This was the start of my second ten-game season with this "beginner-intermediate" league. The concept here is to play down to your opponent's level in order to give every player a chance to develop. This would be my eleventh game playing wing in this league and I had yet to score a goal.

Midway through the game I picked up a loose puck at center ice. My team captain, John Wonderly, who also happens to be the guy who started and runs the league, was behind me.

I stick handled across the blue line, watching to my right to be sure my line mates were on side. As I crossed into the offensive zone, John shouted, "Take it to the outside!"

His plan would have had me pull up somewhere short of the corner, trying to center the puck to another forward. The defense was deliberately laying off in order to give me a chance to handle the puck, and I was getting pissed at the lack of respect. I needed to take it to the house. I opted to fake to the outside and cut for the center. I arrived at the top of the slot, unimpeded. At this point, they should have closed on me, but there was a crowd in front of the goal and no one tried to stop me from taking the ensuing snap shot.

As I crossed, the goalie moved with me. In doing so, he left the left side of the net wide open. My shot wended its way through the forest of leggings and skates and found the back of the net. I watched this occur in what seemed like slow motion with utter disbelief. My first game in Kettering - I'd had a feeling this place would be lucky for me. Loud cheering and fist bumps all around...

To my great embarrassment, they stopped the game and presented me with the puck - something they do every time someone gets their first Wonder League goal. Obviously, they'd noticed... Congratulations continued until well after the game. In the locker room, John made a big deal out of it, again.

"That was a chicken shit goal," I said.

Well there is a certain amount of validity to that. As one of my line mates pointed out when I told him they had been easing up on me, "The goalie wasn't letting up."

It's true, the shot and the goal were legit. After the game, I took the puck home and put it on the shelf in my home office with my other treasures, team photos, ten-minute play posters, Mothman Festival memorabilia... Here's the thing. If I want their respect, I'm going to have to earn it. That chicken shit goal probably went a long way toward achieving that.

The next time I see John, I will apologize. He has provided a great experience for a lot of hockey players of varying skill levels, and an opportunity for me to keep playing when I should be on a rocker on the back porch. Before the game, his wife had told me how much he admires what I am doing and how he hopes he will still be playing at my age. Some of the younger players have told me that, too.

When I told Amy I had made my first Wonder League goal, she said, "What did they do, let you score?"

Truth is, I feel so alive right now, it's a bit frightening. When I finally decide to hang up my skates, I'll know the end is near.

Getting a hockey life

"Are you playing hockey tonight?" Amy asked on her way out the door this morning.

"No. Tomorrow night," I said. "The new league is starting up in Kettering."

"That means your going to be home late on Friday nights..." she said.

"I already have," I said. "I decided to be a hockey player in my new life."

Summer hasn't been kind to my hockey conditioning. Getting enough ice time to maintain the shape I had achieved only after about a year-and-a-half of skating four to five times-a-week just wasn't possible. On Tuesday morning, a small group of us were doing hockey drills at the rink in Springfield and I found I was admitting to myself that I was having trouble keeping up. I wasn't just having trouble keeping up, I was admitting it. That is significant. What happened to my positive attitude?

Am I having a late-life crisis? Not really. This is about searching for my identity in the context of my new life. You see, every time you get a new life, you have to get a new identity to go with it. I have experimented with being the old guy who kicks ass. And I thought that was really working, until Tuesday morning, that is. After which I came to the realization that I'm not kicking ass at all and should be seeking out a role commensurate with my abilities. I have actually been losing sleep over this.

So, what are my abilities? I have pretty good hockey sense. For instance, I know that if I don't keep my eyes on the action at all times, the puck will surely come in my direction. If I don't have my stick on the ice, someone will pass me the puck and I won't get it down in time. I know that if I pass the puck to a zone, rather than a player, no one will be there. And, if I pass the puck to someone who is open, it will be a guy who is actually worse than I am, and he will commit one of the above listed miscues. Just kidding, of course.

Hopefully, with age comes wisdom. I know enough to cover the point in my defensive zone. I know to go to the boards if we get the puck and be alert for an outlet pass. I know to skate up ice and stay onside, all the while keeping my stick on the ice. I know to rush the net, screen the goalie and move around to get in position for a tip in or a rebound. I know to forecheck if we lose the puck, and get back down to cover the point. Knowing how to play my position as a winger counts for a lot. Now, if I only had the conditioning to do it effectively...

Posted by Virgil Hervey at 2:41 PM

Posted by Virgil Hervey at 9:41 PM

Posted by Virgil Hervey at 3:11 PM

Posted by Virgil Hervey at 1:54 PM

Walking in the Rain

Nothing brings joy
to a young dog
like rolling in wet grass.

She smiles,
rolls some more,
gets up and shakes off
water from my neighbor's lawn.

Now it's time
for spontaneous affection,
jumping on clean jeans
with muddy paws,
ready to lick my face
if I stoop to her level.

"Where's your dignity?" I ask.

Her ears perk up.
She tilts her head
and stares at me
with curious dark eyes.

And I understand.
Posted by Virgil Hervey at 10:07 AM

"I thought I saw you once
in Chinatown
before I knew you,"
she said.
"You were parked
on Mulberry Street
and when I looked at you
you gave me a horrible face."

"It couldn't have been me,"
he said,
"because I would never make
a horrible face
at a beautiful woman."

"And besides,
I never could find
parking on Mulberry,"
he said.
Posted by Virgil Hervey at 8:45 AM 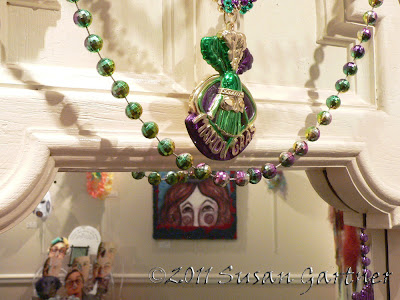 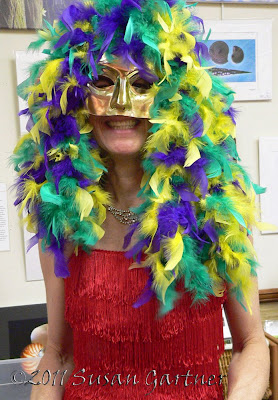 Return to A Yellow Springs Blog
Posted by Virgil Hervey at 10:14 AM 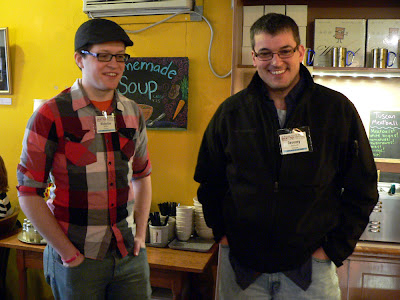 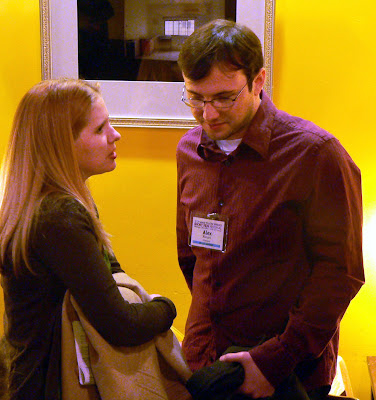 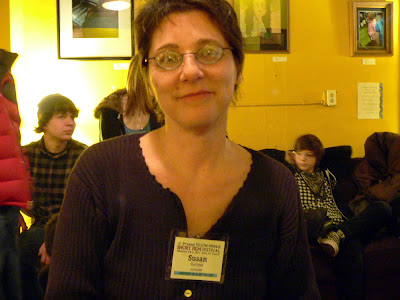 Susan Gartner (“Anatomy of a Sculpture”)

Return to A Yellow Springs Blog.
Posted by Virgil Hervey at 6:09 AM 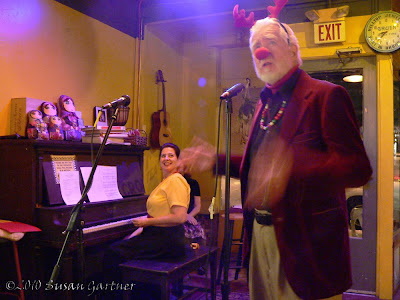 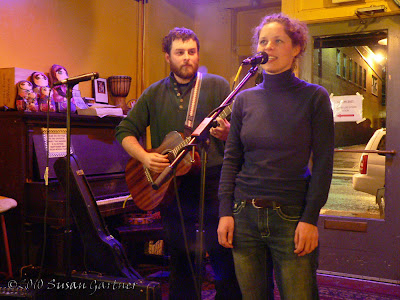 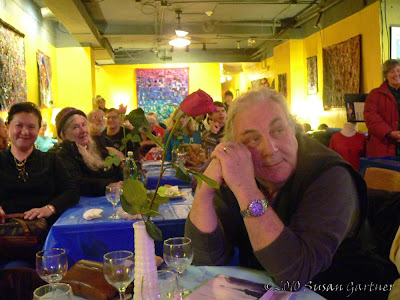 Thanks to all the volunteers and performers, especially coordinator Mary Kay Clark and emcee Walter Rhodes, for their contributions to a very fun event!

Back to A Yellow Springs Blog
Posted by Virgil Hervey at 9:30 AM 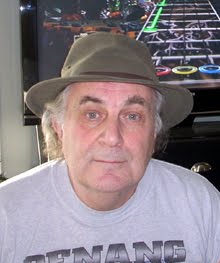